According to preliminary analysis, experts believe the seal with a dragon figure on the top was the official seal of a tribal leader in the early period of the Western Zhou Dynasty (c 11th century-771 BC).

Experts further explain that the seal contains four graphic characters divided by a cross grid, which may refer to “dragon”, “deer”, “tiger” and “eagle”. And a Bronze gui has also been excavated from the tomb of from the Western Zhou dynasty along with the seal. 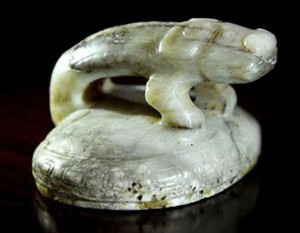 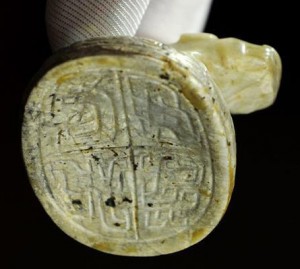 The leading Iranian artist Parviz Tanavoli was unable to attend a talk yesterday (3 July) at the British Museum in London after his passport was confiscated by the Iranian authorities....

Archaeologists have discovered what may be a skull bone from the revered Buddha, Siddhartha Gautama. The bone was hidden inside a model of a stupa, or a Buddhist shrine used...

The future of one of China’s most respected contemporary art institutions was thrown into uncertainty on Thursday as Guy Ullens announced his intention to shift ownership of not only his...